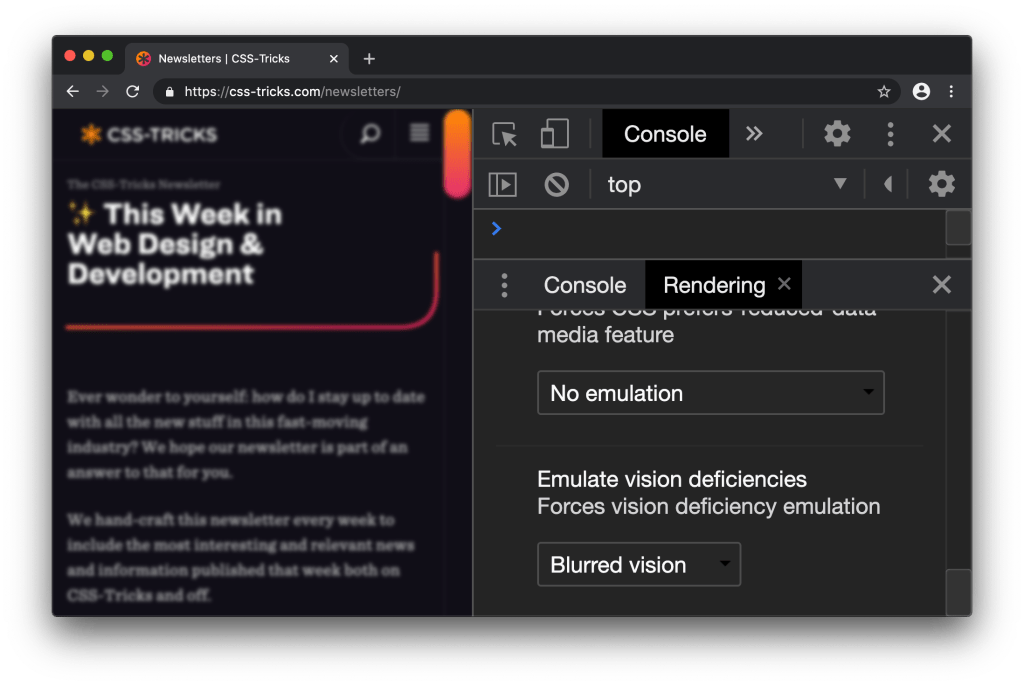 It wasn’t that long ago that Umar Hansa published a look at the most interesting new features in Chrome DevTools released in 2020. In fact, it was just earlier this month!

But in that short amount of time, Chrome has a few new tricks up its sleeve. One of the features Umar covered was the ability to emulate certain browsing conditions including, among many, vision deficiencies like blurred vision.