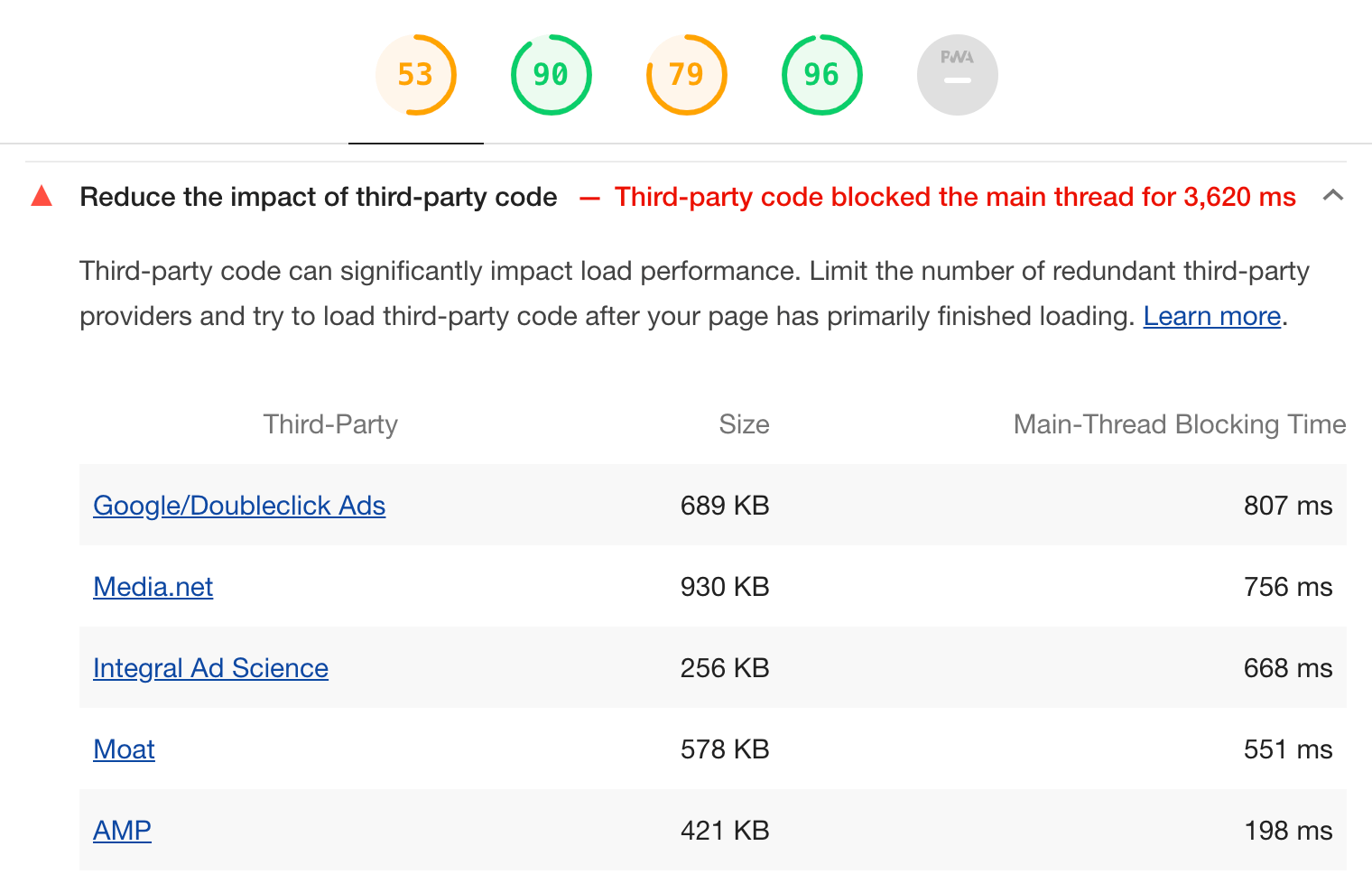 In this week’s roundup, Lighthouse sheds light on third-party scripts, insecure resources will get blocked on secure sites, and many country connection speeds are still trying to catch up to others… literally.

Measure the impact of third-party code during page load

Lighthouse, Chrome’s built-in auditing tool, now shows a warning when the impact of third-party code on page load performance is too high. The pre-existing “Third-party usage” diagnostic audit will now fail if the total main-thread blocking time caused by third-parties is larger than 250ms during page load.

Note: This feature was added in Lighthouse version 5.3.0, which is currently available in Chrome Canary.

An insecurely-loaded image can allow an attacker to communicate incorrect information to the user (e.g., a fabricated stock chart), mutate client-side state (e.g., set a cookie), or induce the user to take an unintended action (e.g., changing the label on a button).

Starting next February, Chrome will auto-upgrade all passive mixed content to https:, and resources that fail to load over https: will be blocked. According to data from Chrome Beta, auto-upgrade currently fails for about 30% of image loads.

Fast connections are still not common in many countries

Data from Chrome UX Report shows that there are still many countries and territories in the world where most people access the Internet over a 3G or slower connection. (This includes a number of small island nations that are not visible on this map.)

Read even more news in my weekly Sunday issue that can be delivered to you via email every Monday morning.