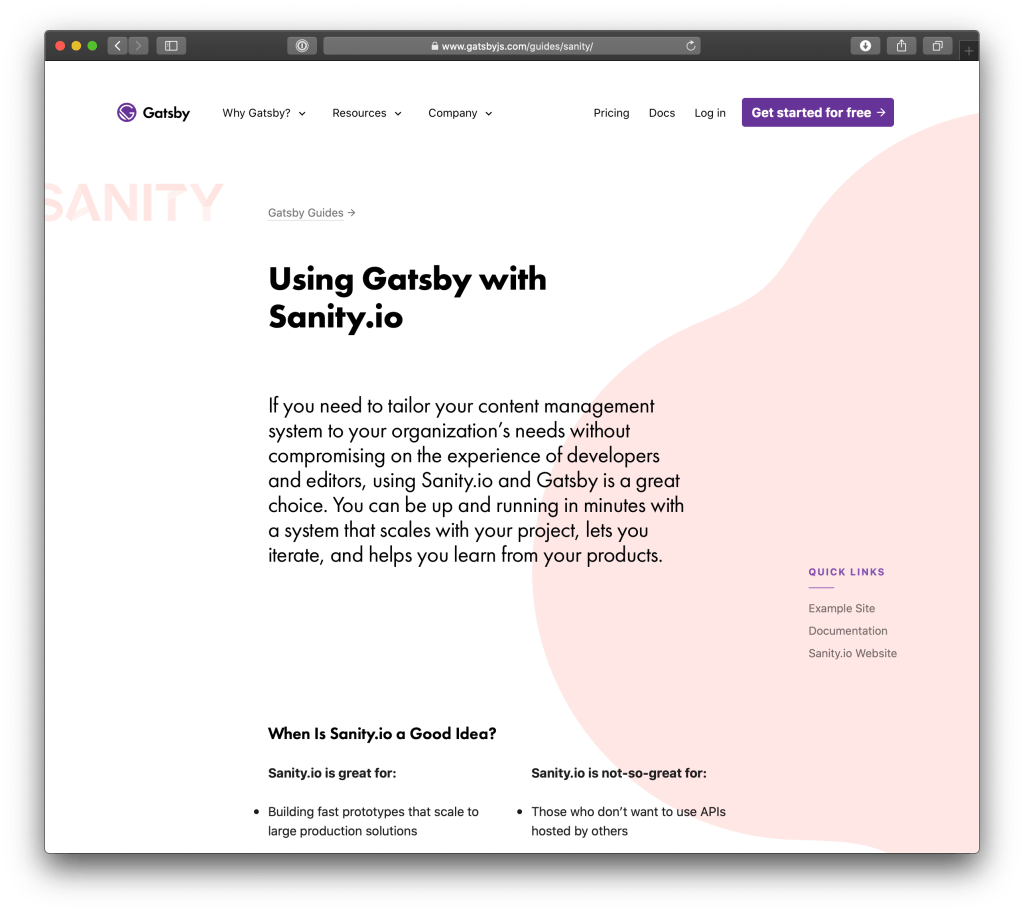 There are tons of smokin’ hot websites out there, with an equal or greater number of talented designers and developers who make them. The web is awesome like that and encourages that sort of creativity.

Even so, it amazes me that certain traits find their way into things. I mean, it makes sense. Many of us use the same UI frameworks and take cues from sites we admire. But every once in a while, my eye starts catching wind of the zeitgeist and commonalities that come with it.

The latest one? Blobby shapes. It’s a fun flourish that adds a little panache, especially for flat designs that need a splash of color or an interesting focal point that leads the eye from one place to anther. I’m sure you’ve seen it. I spent one week collecting screenshots of websites I came across that use it. I certainly wan’t looking for examples; they just sort of popped up in my normal browsing.

I’m sorry if it seems like I’m calling out people because that’s my intention. I actually love the concept — so much, in fact, that I’m considering it on a project! Some of the examples in that gallery are flat-out gorgeous.

After spotting these blobby shapes a number of times, I’ve started to notice some considerations to take into account when use them. Things like:

All of this has me thinking about how the websites of today will be looked at by the developers of tomorrow. Remember way back, like 15 years ago, when many sites adopted Apple’s use of reflective imagery? I probably still have some Photoshop muscle memory from replicating that effect so many times.

Skeuomorphism, bevels, animated GIF backgrounds, long shadows, heroes, gradients, bokeh backgrounds… all of these and many other visual treatments have had their day in the sun. Perhaps blobs will join that club at some point. Perhaps they’ll come back in style after that. Who knows! I just find it interesting to reflect on the things that have inspired us over the last three decades and imagine how the things we do today will be seen through the long lens of time.

It’d be awesome to see other instances of blobby shapes — share ’em if you’ve got ’em!

The post Spotting a Trend appeared first on CSS-Tricks.