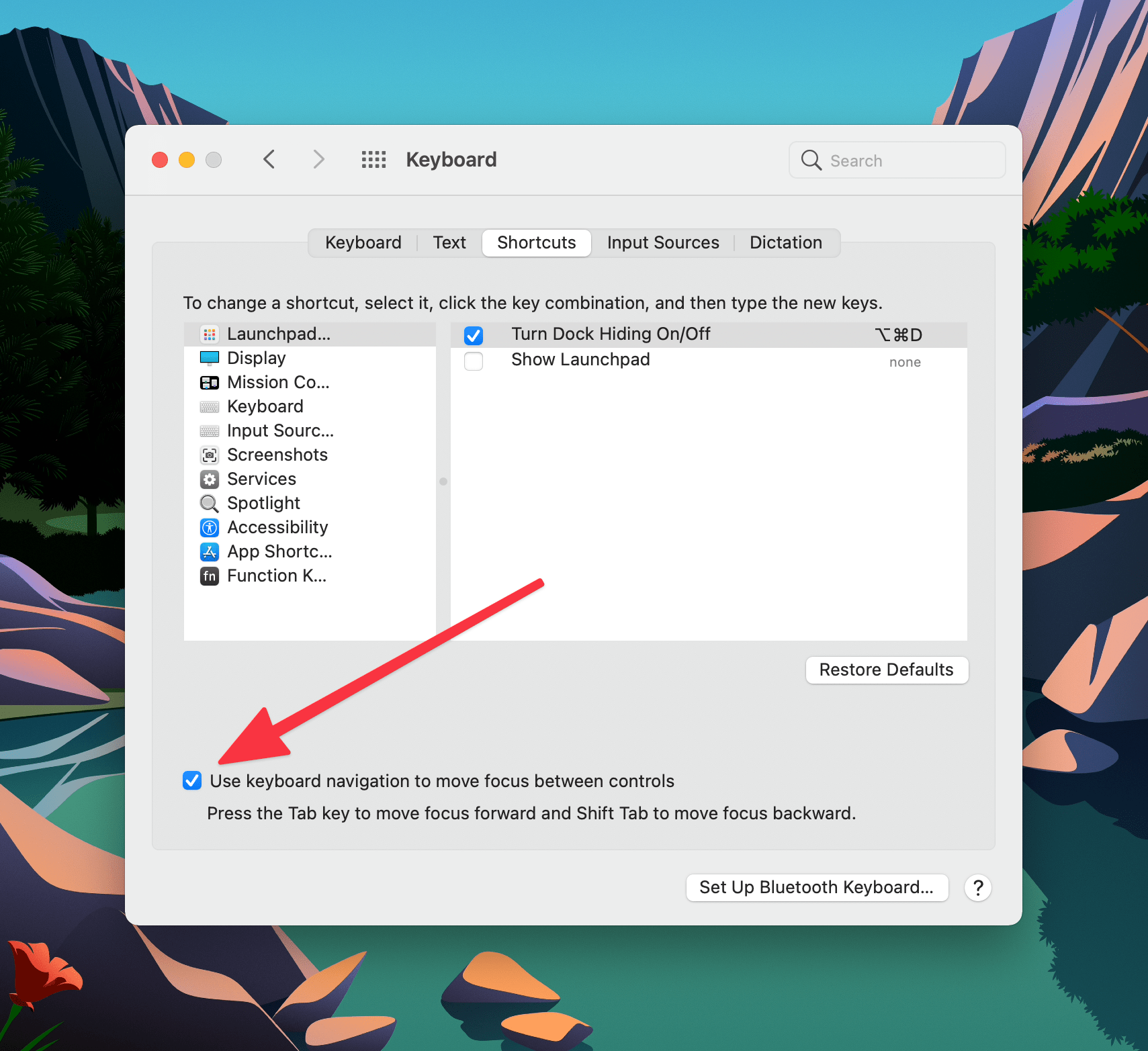 Proper Tabbing to Interactive Elements in Firefox on macOS

I just had to debug an issue with focusable elements in Firefox. Someone reported to me that when tabbing to a certain element within a CodePen embed, it shot the scroll position to the top of the page (WTF?!). So, I went to go debug the problem by tabbing through an example page in Firefox, and this is what I saw:

I didn’t even know what to make of that. It was like some elements you could tab to but not others? You can tab to <button>s but not <a>s? Uhhhhh, that doesn’t seem right that you can’t tab to links in Firefox?

After searching and asking around, it turns out it’s this preference at the OS level on macOS.

If you have to turn that on, you also have to restart Firefox. Once you have, then you can tab to things you’d expect to be able to tab to, like links.

About that bug with the scrolling to the top of the page. See that “Skip Results Iframe” link that shows up when tabbing through the CodePen Embed? It only shows up when :focus-ed (as the point of it is to skip over the <iframe> rather than being forced to tab through it). I “hid” it by doing a position: absolute; top: -9999px; left: -9999px thing (old muscle memory), then removing those values when in focus. For some reason, when tabbed to, Firefox would see those values and instantly jump the page up, even though the focus style moved it back into a normal place. Must have been some kind of race condition thing.

I also found it very silly that Firefox would do that to the parent page when that link was inside an iframe. I fixed it up using a more vetted accessible hiding technique.

The post Proper Tabbing to Interactive Elements in Firefox on macOS appeared first on CSS-Tricks.