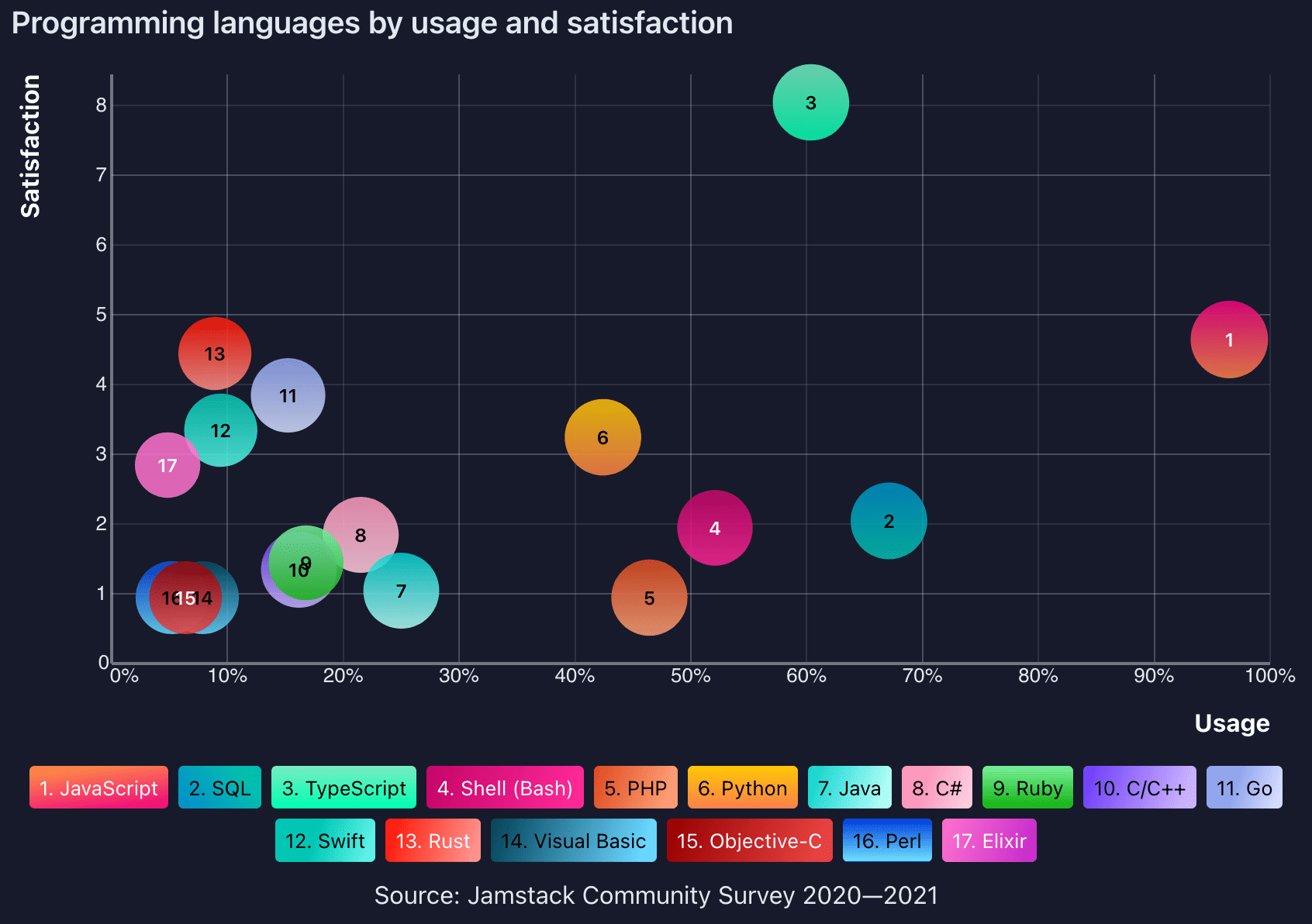 Which new framework should I learn this year? Is it time to ditch my CMS? What tools should I pick up if I want to scale my site to an audience of millions? The 2021 Jamstack Community Survey is here with answers to those questions and more.

For the past two years, Netlify has conducted the Jamstack Community Survey to better understand our growing group of developers—the insights inform our services, and they also help developers learn from one another. Our survey data provides a sense of best practices as well as an idea of what else is happening in the community.

What we’re seeing this year: it’s never been a better time to be a developer in the Jamstack community! Jamstack has gone mainstream and the ecosystem is thriving. Jamstack is becoming the default choice for web developers at all stages of their careers across different geographies and touching all industries, and the community is only getting bigger. We also saw a huge rise in the percentage of students in our community over the last year, a great sign for a growing ecosystem.

JavaScript dominates programming languages for the web—but TypeScript is giving it a run for its money.

For 55% of developers, JavaScript is their primary language. But TypeScript is coming from behind with a growing share.

Figma is almost the only design tool that matters.

When it comes to design tools, more than 60% of survey respondents use Figma and are happier with it than the users of any other design tool we asked about.

WordPress remains the clear leader as a content management system, but it’s not well-liked as a standalone solution. When used in a headless configuration, users reported much higher satisfaction. This was a breakout year for other headless CMSs like Sanity and Strapi.

And that’s just a taste of what we learned. To view the complete findings of the 2021 Jamstack Community Survey, visit our survey website.

The post Jamstack Developers’ Favorite Frameworks of 2021 appeared first on CSS-Tricks. You can support CSS-Tricks by being an MVP Supporter.