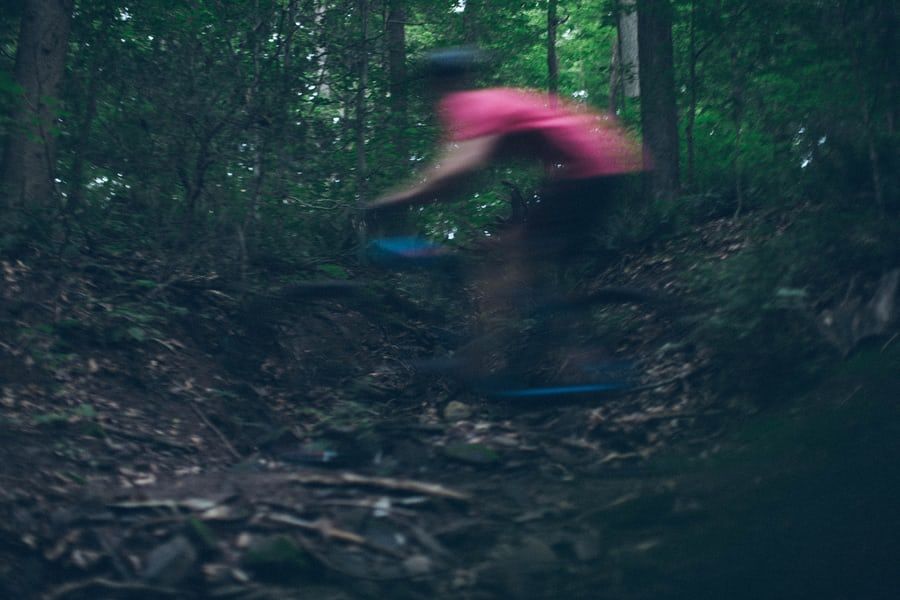 How to Create a Realistic Motion Blur with CSS Transitions

Before we delve into making a realistic motion blur in CSS, it’s worth doing a quick dive into what motion blur is, so we can have a better idea of what we’re trying to reproduce.

Have you ever taken a photo of something moving quickly, especially under low light, and it turned into a blurry streak? Or maybe the whole camera shook and the whole shot became a series of streaks? This is motion blur, and it’s a byproduct of how a camera works.

Imagine a camera. It’s got a shutter, a door that opens to let light in, and then closes to stop the light from coming in. From the time it opens, to when it closes, is a single photograph, or a single frame of a moving image.

If the subject of the frame is moving during the time the shutter is open, we end up taking a photo of an object moving through the frame. On film, this shows up as being a steady smear, with the subject being in an infinite number of places between its starting point to its end. The moving object also ends up being semi-transparent, with parts of the background visible behind it.

What computers do to fake this is model several subframes, and then composite them together at a fraction of the opacity. Putting lots of copies of the same object in slightly different places along the path of motion creates a pretty convincing facsimile of a motion blur.

Video compositing apps tend to have settings for how many subdivisions their motion blur should have. If you set this value really low, you can see exactly how the technique works, like this, a frame of an animation of a simple white dot at four samples per frame:

The number of samples it takes to make a convincing motion blur is entirely relative to the content. Something small with sharp edges that’s moving super fast will need a lot of subframes; but something blurry moving slowly might need only a few. In general, using more will create a more convincing effect.

Doing this in CSS

In order to approximate this effect in CSS, we need to create a ton of identical elements, make them semi-transparent, and offset their animations by a tiny fraction of a second.

First, we’ll set up the base with the animation we want using a CSS transition. We’ll go with a simple black dot, and assign it a transform on hover (or tap, if you’re on mobile). We’ll also animate the border radius and color to show the flexibility of this approach.

Here is the base animation without motion blur:

Now, let’s make 20 identical copies of the black dot, all placed in the exact same place with absolute positioning. Each copy has an opacity of 10%, which is a little more than might be mathematically correct, but I find we need to make them more opaque to look solid enough.

The next step is where the magic happens. We add a slightly-increasing transition-delay value for each clone of our dot object. They’ll all run the exact same animation, but they’ll each be offset by three milliseconds.

The beauty of this approach is that it creates a pseudo-motion blur effect that works for a ton of different animations. We can throw color changes on there, scaling transitions, odd timings, and the motion blur effect still works.

Using 20 object clones will work for plenty of fast and slow animations, but fewer can still produce a reasonable sense of motion blur. You may need to tweak the number of cloned objects, their opacity, and the amount of transition delay to work with your particular animation. The demo we just looked at has the blur effect slightly overclocked to make it more prominent.

Eventually, with the progress of computer power, I expect that some of the major browsers might start offering this effect natively. Then we can do away with the ridiculousness of having 20 identical objects. In the meantime, this is a reasonable way to approximate a realistic motion blur.

The post How to Create a Realistic Motion Blur with CSS Transitions appeared first on CSS-Tricks.